How the bat came to be

Since it’s almost Thanksgiving, I thought it would be appropriate to post a Native American story on bats. I think it shows how wonderful bats are. I hope you enjoy it. I found it at the First People website here.

I hope everyone has a Happy Thanksgiving! And for everyone celebrating Hanukah, I hope you all enjoy your special holiday. Apparently, the 2 holidays won’t be on the same day again for another 75,000 years!

How the Bat came to be: An Ojibwa Legend 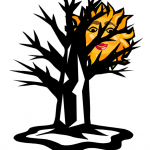 One Reply to “How the bat came to be”