Things are shaky in NZ

Hi everyone! I hope you all had a good week! I had an awesome one! Earlier this week, I got a letter from Senator Warner! That was really exciting. He congratulated me on being a member of Bat Squad. It’s pretty amazing to get a letter from a senator! Senator Warner used to be the governor of VA and I think he likes bats. When he was governor, he designated the Virginia Big Eared bat as our state bat. The Virginia Big Eared bat is an adorable bat with huge ears. Sadly, it is endangered. Not only is Senator Warner an important politician who likes bats, but he is a poet too! You can read his poem here.

In other news, there was an earthquake in New Zealand this week. It was a pretty big earthquake that stranded thousands of people. It also brought part of the ocean floor up onto the beach! Because of the earthquake, I thought it would be nice to research bats of New Zealand.

The long-tailed bat is closely related to five other species of bats that are found in Australia. They are also called wattled or lobe-lipped bats because of their really interesting mouths. They are smaller than the short-tailed bats and are a pretty chestnut brown. Their echo-location can be heard by people because it is a lower frequency than most bats. You can read more about them here. 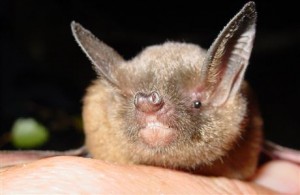 The short-tailed bat is a very interesting little bat. They don’t catch their prey in the air. Instead, they have adapted to be able to hunt on the ground! They crawl around on the ground with folded wings. They have large pointed ears and a free tail and are a nice mousy-gray. They eat insects, fruit, nectar and pollen. They are an important pollinator of the woodrose, which is a threatened plant. You can read more about them here.

PREVIOUSNEXT
Fast Flyers, or the Fastest Flyers??Batster Livingstone, I presume?