When your timing is off, things can go wrong! 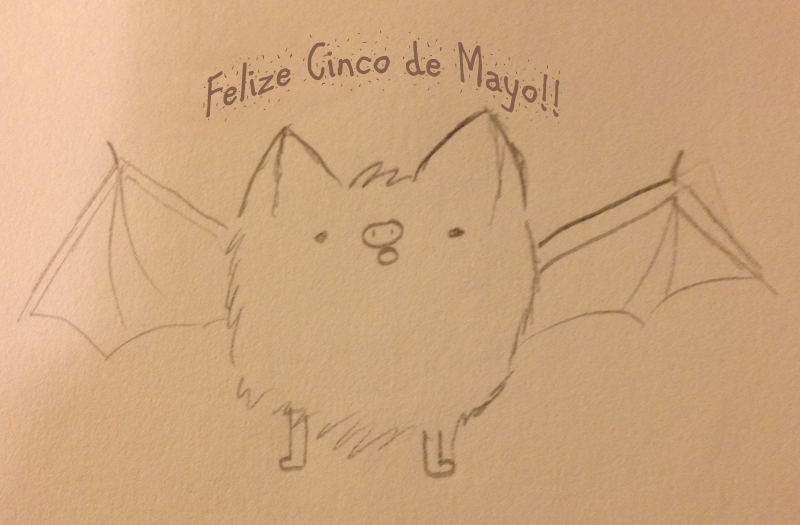 Hi everyone! I hope you all had a good week. I had a good one because it was nice and warm and it’s one week closer to summer vacation. I have to suffer through standardized testing and final exams first, but it’s almost summer!

I read an article about bats in Portugal and I have some bad news. It looks like they are starting to have problems because of the extreme weather conditions. Dr. Hugo Rebelo of the University of Porto is studying how climate change affects Mediterranean bats. He found that some bats are skipping their winter hibernation and some others are giving birth early. When bats are born too early in the year, it can have catastrophic repercussions on the bat population. This is because bats rely on the presence of insects for food. If the insects aren’t out yet, bat pups can die of starvation.

[Mother insectivorous bats eat their own weight in insects every night in order to produce enough milk for their fast-growing pups! – Ed.]

Scientists visited 20 caves and mines to observe the bat colonies. Luckily, he only observed early births in one of the colonies, and out of the 500 bats roosting there, there were only two bat pups born early. This and another colony skipped their winter hibernation. Scientists are worried that the rising temperatures might be affecting bats, birds, and other wildlife in unpredictable ways.

If you would like to read more about this, you can find information here.

I hope you all have a good week. Happy Cinco de Mayo!

PREVIOUSNEXT
A bat fit for a king!Oh, we’ve been flying for eons!